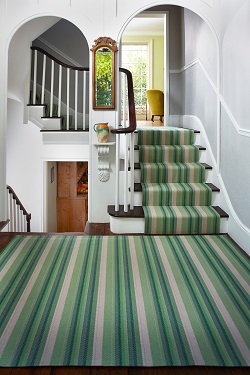 At our Melton flooring showroom we display the fabulous Roger Oates Floors. A favourite with interior designers for that unique look and style. We invite you to come in and feel the hand woven product that is like no other and let your imagination run wild. Your eye can almost feel the texture of the weave before you reach out to touch it.

Roger and Fay Oates have been designing and hand producing their uniquely smart, simple and classic pure wool Venetian Flatweave rugs and runners in the UK for over 25 years.

Roger and Fay both studied weaving and woven textiles and were taught by some of the leading teachers and educators of the post war craft movement. They first discovered a nineteenth century flatweave fragment in the late 1980s, they set out to reintroduce and reinvent this flooring, woven in such a way as to be utterly authentic and true to the art of weaving, yet completely grounded in chic twenty-first century taste. Designs are originated and coloured by both Fay and Roger and the production process is run by craftsmen who finish by hand.

Roger and Fay’s combined eye for colour mixed with practicality and their own standards of excellence, has taken a historic flatweave from being a relatively humble floor covering to being considered today’s must-have top end interior flooring product that merges imagination, creativity, style and practicality. The product is now a design staple for floors and stairs in this country and across Europe, Scandinavia, North America and Australia. 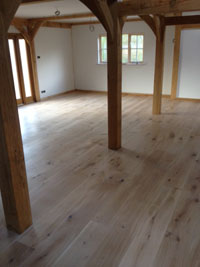 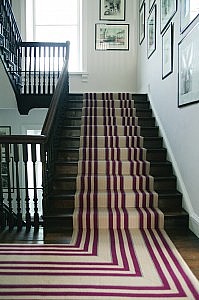 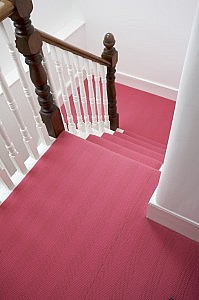